Changes to LinkedIn Groups: What YOU Need to Know 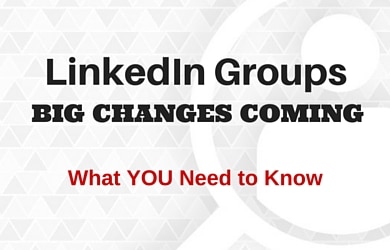 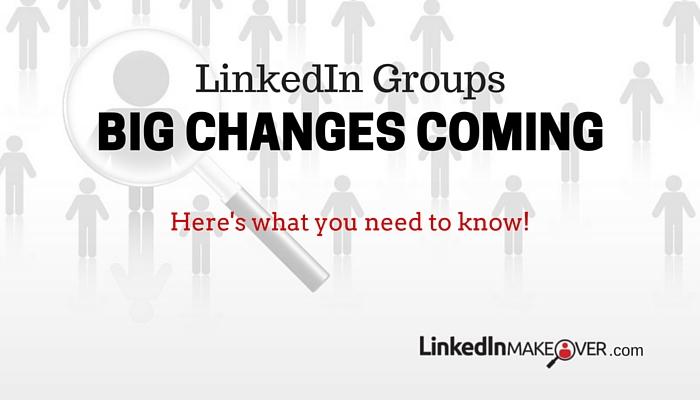 The Low Down on the Changes Coming to LinkedIn Groups

LinkedIn is making major changes to LinkedIn Groups. The notice arrived a few days ago.

These changes mean different things to different people. In this post, I will detail how these changes affect regular Group members and current Open & Member’s Only Group administrators.

If you are a typical Group Member, the changes to Groups will affect you in a number of ways:

As the admin of formerly Open Group, your Group discussions could be seen on the web and shared on other social networking platforms. You had quite a bit of control over who joined and what posts got published. Here’s what you can expect with the new changes:

Group Admin of an Unlisted (formerly Member’s Only) Group

As the admin of a Member’s Only Group, group discussions were private and people could find your group within Group Search but you had control over who you let in. Here’s how the changes will affect your group:

My Thoughts on the New LinkedIn Groups

As an admin of a Member’s Only Group– I will admit, I am NOT looking forward to these changes. I want my Group to turn up in search results BUT I want control over who may join. I think it’s great that Standard Groups allow members to invite their first degree connections to join the Group. However, I don’t like that any member can approve membership. I also am absolutely fearful over the immediate posting of discussions. Does this mean I am going to constantly be on the look out for inappropriate conversations? Yes, members can take down discussions but will they take on a true administrative function like removing off topic posts? I doubt it.

There has been an issue with Groups for quite some time. Spam was rampant and discussions seemed more self serving than engaging. These changes are aimed at fixing these issues but will it produce other issues?  Only time will tell.

This article was originally posted on LinkedIn’s Publishing Platform 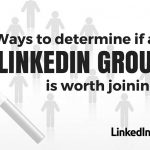 Q&A: How Do I Choose Which LinkedIn Groups to Join? 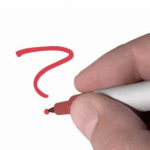 Q&A: How Can I Grow My LinkedIn Group? 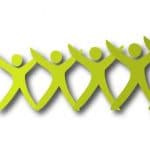 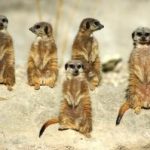 An Easy Way To Expand Your LinkedIn Network