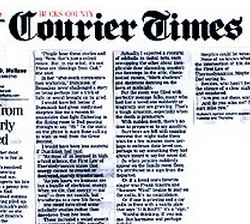 I am so happy to announce another article written about my new book and LinkedIn profile optimization services! Kate Fratti is a local columnist and we met a few weeks ago to talk about Social Media and Social networking. It was such a joy talking to her and I am tickled that she decided to write an article! THANK YOU, KATE!

by Kate Fratti | Link to story

And don?t kid yourself; both are sifting through social networking sites to learn more about job candidates and college applicants. Why? Because they can.

?My Facebook is private,? a young woman told me after I shared concern about a dicey photo she posted of herself with a friend. ?Private? in her case meant only her friends could see her photos.

Thing is, she lists more than 900 people as friends. That?s not so private. An iffy photo, a politically incorrect joke, off-color words all can be copied and forwarded elsewhere. And are.

And if you?d really like to succeed, know that smart isn?t nearly enough.

That?s the word from social business networking consultant Donna Serdula of Holland, a frequent speaker on the subject and the author of a new book aimed at helping readers polish their LinkedIn images. Donna, a ?92 graduate of Pennsbury and four years later, Rosemont College, isn?t talking about how to protect yourself ? that?s Internet 101. Donna?s teaching people how to attract more of the attention they want. From employers, from prospective clients and associates.

She was brought to my attention by a leader in the Lower Bucks Chamber of Commerce who thinks of her as a ?go-to? person for all things online.

Donna talks about the basics of a public profile, but also about things such as ?claiming your personal URL? and ?keyword packed headlines? so you?re easier to find.

Yeah, it?s Greek to me, too. But to compete in today?s business place, you?ll need to learn the language. Or pay someone who has.

For $299, Donna will sit with you for an intensive two hours to build and polish your profile. She works with people all around the world via Skype. It?ll cost you $199 to just give her your information and let her work alone. Her new book ?LinkedIn Makeover: Professional Secrets to a Powerful LinkedIn Profile,? will run you $20 on Amazon.com.

It?s a how-to for using LinkedIn. There?s more to know than I understood at first.

Donna began taking sites such as LinkedIn seriously when, as an account executive for a software company, she was able to schedule an appointment with a prospective customer after a day of cold calling.

Had a great talk with the guy, set the appointment, did a little happy dance and mentally high-fived herself. Then, immediately went online to Google the prospect?s name so she could learn all she could about him before the meeting.

It occurred to her at that instant, with some amount of dread, that the prospect was Googling her, too.

Yikes. What would he find? Her LinkedIn profile, something for which she?d registered rather absent-mindedly around 2007, popped up.

Oh dear. Nothing damning, but sure as heck nothing polished or professional or anything to set her apart from all the others this prospective customer could do business with.

Always a bit of a computer whiz, Donna went to work on her profile and right away started hearing from old colleagues and schoolmates. Meetings with business contacts improved, too, she said. It?s as though people already knew her.

At the encouragement of her father, James Serdula, a successful Lower Makefield businessman, Donna embarked on the dream of owning her own social media and social networking consulting business, and the book was part of that. Her father died in April after seeing her through the writing process. Donna dedicated the book to him.

Bottom line? Social networking isn?t just kid stuff. Not just a way to share photos of family and funny videos. It?s a way to make your presence felt in the business world. Think of LinkedIn, for instance, as your business suit, Donna lectures. 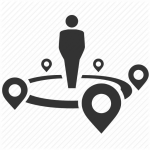 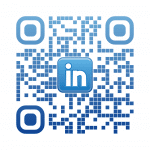 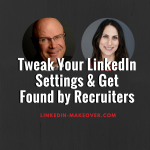 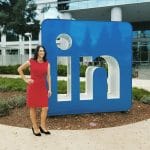 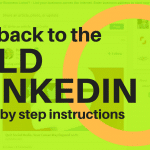