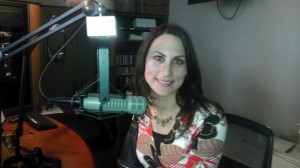 It was right after I appeared on NBC10 talking about helping executives maximize their experience on LinkedIn that I received an email from Tim Bennett. Tim is co-host of the nationally broadcast Sirius XM radio show, The Focus Group. Tim said that they’ve been wanting to do a show about LinkedIn and he invited me to be a guest. I don’t think it took me more than five minutes to reply, YES!!!!!! ABSOLUTELY!!!!!! YES YES YES!!!!!

Once we had the date confirmed, I booked a hotel room on Hotwire.com and immediately started visualizing a successful show (it’s true, I’m one of those Law of Attraction nuts 🙂 )

The night before the show, I hopped a NJ Transit train to New York City. 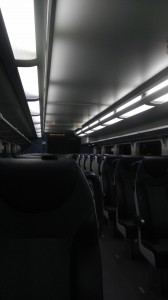 The next morning, I walked the 4 blocks to The McGraw Hill Building where Sirius XM has their studio. 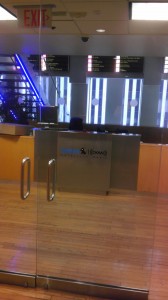 I got there early and so I had about 45 minutes to kill. The waiting room was filled with so many cool things. There was a digital sign on the wall that displayed the songs and shows playing on the Sirius XM stations. In the corner stood a life-size cutout of Elvis Presley. And the walls were covered with graffiti from famous people. 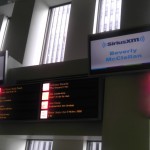 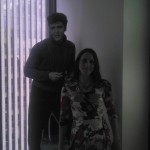 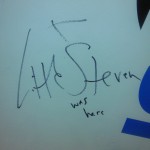 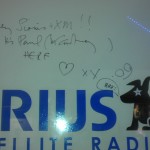 Probably about 10 minutes before I was slated to go on the air, Tim Bennett came out to collect me. He introduced himself as he led me into the studio and then he introduced me to his co-host, John Nash. We gabbed for a couple seconds and then they gave me a quick lesson on how to use the microphone. Before I knew it, Kate, their producer, points at her watch and suddenly we are on the air! 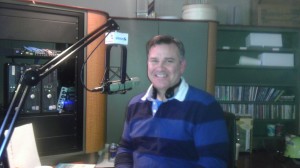 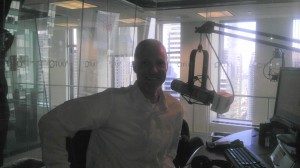 It was amazing how fast the time flew by. It was just as Tim said… a conversation more than an interview. Tim and John made me feel so comfortable and at ease. When they started to take calls I was a little worried, not sure what kind of questions I might be asked. Imagine my surprise when the first caller was Mark Lynch from my LinkedIn Group, Profile Makeover: Optimization Secrets. It was wonderful hearing a familiar voice. As the other calls came in, I was amazed at the intelligent, challenging questions. The audience kept me on my toes.

As quickly as it began, the show was over. We moved to a different studio to record their podcast, The Random Sample. It’s a condensed version of their show and runs about 15 minutes. We revisited the topics from earlier but without the callers.

I really enjoyed watching Kate, their producer, behind the controls. She was doing a ton of things at once, adjusting levels, keeping time, switching things on and off… and she did it so effortlessly.

And then, an hour and a half after we began, we were finished. Tim and John bid me adieu and I walked off into the windy, New York street holding my pair of famous Focus Group socks.

It was such an amazing experience! I can’t thank Tim and John enough. 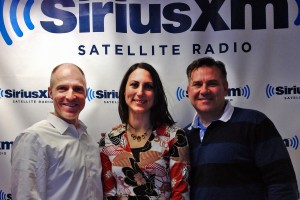 If you missed the show, you are in luck. John Nash was kind enough to provide me with a recording to share with you.